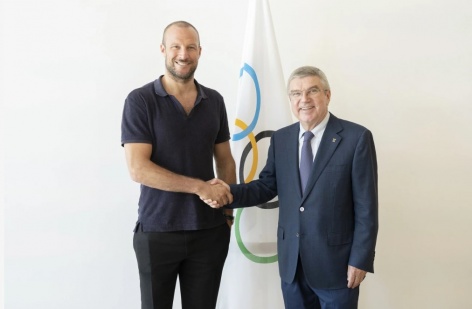 President Bach received Norwegian two-time Olympic Alpine skiing champion Aksel Lund Svindal at the IOC Headquarters in Lausanne, with whom he spoke about various issues regarding the role of the athletes within the Olympic Movement. In four Games editions, Svindal won four medals and became the first-ever Norwegian Olympic downhill champion at the Olympic Winter Games PyeongChang 2018.

In the evening of 5th July, the President attended the Athletissima athletics meeting in Lausanne, where he met Virginie Faivre, the President of the Organising Committee for the Youth Olympic Games Lausanne 2020.