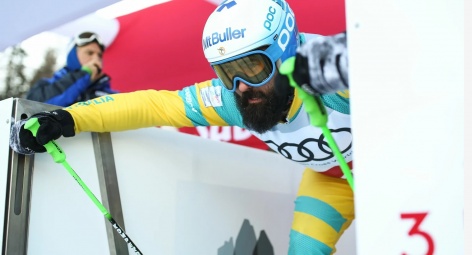 After 11 years on the circuit, 29-year-old Anton Grimus from Australia decided to retire from Ski Cross as professional athlete.

Grimus was a member of the Australian National Alpine Team and made the switch to ski cross in 2010 with immediate success, qualifying second for the final in his first World Cup start.

In December 2012, he made the World Cup podium with a third place in Nakiska, Canada, which was his best  ever World Cup result. And by early 2013, he placed 7th in the World Championships. Competing in his first Olympic Winter Games in Sochi, Russia, Grimus placed 25th.

In 2014-2015, Grimus again was one of the fastest in the wold with strong qualifying times. His best World Cup performance that year came in Arosa, Switzerland, where he placed 7th.

Grimus timed his best performance of the 2015-2016 season perfectly, finishing in ninth place at the Olympic Test Event for PyeongChang.

Unfortunately Grimus had his fair share of injury problems during the period of 2014-2018, including undergoing knee surgery in 2017. He finished in 32nd place at the 2017 World Championships in Spain and has secured a handful of top 20 finishes over the 2016-2018 World Cup circuit.

Grimus missed out on progressing through to the quarterfinals in PyeongChang after placing fourth in his eighth final heat at Phoenix Snow Park, ending his second campaign in 30th. His event was impacted by a broken clavicle, showing great courage to push out the gate.

Grimus decided to take a break from competition during 2018-2019.

The Australian athlete had returned to the circuit past December after a 19-month break, but had a bad crash during training at the second stage of the Cross Alps Tour in Montafon, from which he went away with a concussion and therefore was not able to continue the CAT.

In January 2020, Grimus announced to retire from professional skiing.

FIS Freestyle thanks Anton for all the SX action shown over the past years and wishes him the best of luck for his future plans!

Shred on, Anton, and keep your beard in shape!