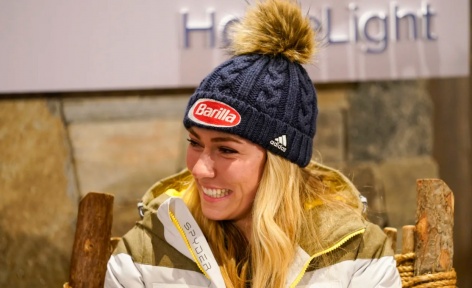 Olympic champions Mikaela Shiffrin and Chloe Kim have been nominated for the landmark 20th anniversary Laureus World Sports Awards. The world's sports media cast their votes and the greatest sportsmen, sportswomen and teams now have just over a month to wait to see if they have won a prestigious Laureus Statuette at the world's pre-eminent international sports Awards Ceremony in Berlin, Germany on February 17th.

In the Laureus World Sportswoman of the Year category, Mikaela is up against a stacked field of GOATs, including FIFA Women's World Cup Golden Ball and Golden Boot winner Megan Rapinoe, gymnastic great Simone Biles, track and field stars Allyson Felix and Shelly-Ann Fraser-Pryce, and the first Asian tennis player to be ranked No. 1 in the world, Naomi Osaka.

For more information on the Nominees and to stay updated in the build-up to the 2020 Laureus World Sports Awards, visit laureus.com/world-sports-awards and follow #Laureus20 on social platforms.