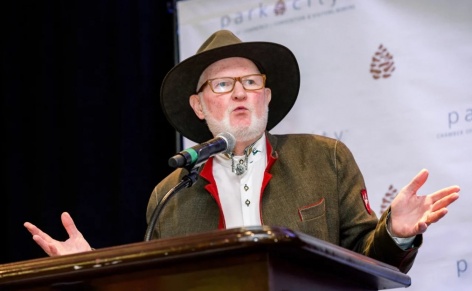 A native of Madison, Wisconsin, Kelly cut his journalistic teeth during studies at the University of Wisconsin and worked as a journalist and photographer for the Wisconsin State Journal, the Capital Times and the Monona Community Herald before starting to work with the fledgling Ski Racing magazine. In 1986, Kelly was ready for a change and signed on to work for the United States Ski Association (USSA) and in 1988 he would step into a leadership role as it’s Public Relations Director in Colorado Springs, ultimately becoming the VP-Communications for both the USSA and the U.S. Ski Team.

He was, for more than 30 years, a key player in the USSA-USST public relations, media and communications franchise, a gifted storyteller with a passion for Olympic sport. Kelly was nominated for the award by the FIS Committee for Public Relations and Mass Media directly and winsthe FIS Journalist Award not only for his enthusiasm in promoting ski sport and 32 years of service within USSA, but also for 14 years of strong and visionary leadership within the Committee. Kelly stepped down from his role in USSA and the FIS Committee last year and was named an honorary member by the FIS Council.

The FIS Journalist Award is presented annually to media professionals to acknowledge their contributions to skiing and snowboarding, with nominees normally being selected by the National Ski Associations. Since 1993, a total of 87 journalists have been recognised.