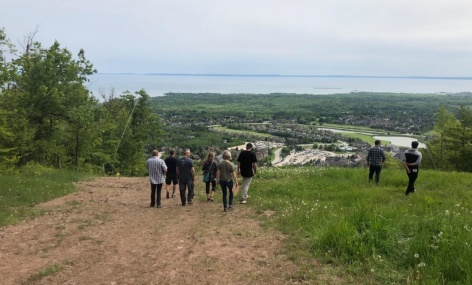 FIS Snowboard carried out successul inspections at two new Canadian venues set to join the World Cup calendar in 2019/20, firstly at Blue Mountain, Ontario, which is getting set to host parallel slalom and parallel giant slalom competitions from February 1 to March 2, and secondly at Big White, British Coloumbia, where snowboard cross and snowboard cross mixed team competitions will hit the slopes from January 24-26, 2020.

Blue Mountain has been a World Cup host many times in the past, with SBX action visiting the venue in both 2012 and 2013, and Audi FIS Ski Cross World Cup competitions taking place there on five separate occasions. However, this season will be the first for alpine snowboard competition at Blue Mountain, and will also be the first alpine SB World Cup events to be held in Canada since

Located on the shores of Lake Ontario's Georgian Bay and less than two hours from the largest Canadian metropolis of Toronto, Blue Mountain is one of the most ideally situated venues in Canada. And, with the finish area landing right in Blue's busy village, the venue promises to be an excellent addition to the alpine SB season.

"Blue Mountain has a perfect slope with all the ingredients of what we are looking for in terms of vertical drop, gradiant and course length," said FIS Snowboard Race Director Uwe Beier, "It's very exciting to be here again, and to race in front of the lake, with the finish are right in the village sqaure, we expect to see some oconic images once again as Blue promises to be a highlight of this season's World Cup tour."

Mid-June snow during inspection at Big White (CAN)


Some 3800km west of Blue Mountain sits the third largest resort in snowboarding mecca British Columbia - Big White. And while Big White has hosted dozens and dozens of FIS-level events dating back to 1997, the resort has never had World Cup competitions take to its slopes - in Snowboard, Freestyle, or any of the other FIS disciplines.

That all changes this January, of course, when the first SBX World Cup to hit Canada will go down in Big White along with the third of four mixed team SBX competitions slated to go down in the 2019/20 season.

In what may be seen as something of a good omen, organizers and FIS officials were treated to a June snowstorm on the second day of inspection at Big White, with a heavy dose of the white stuff falling through the afternoon.

"It was highly successful inspection of Big White this week," said Beier, "The mid-June heavy snow showers really proved the resort's name as truth. This will be the first SBX event in Canada since Lake Louise in 2013, and every at the resort and with Canada Snowboard are highly motivated to pull off a season highlight."