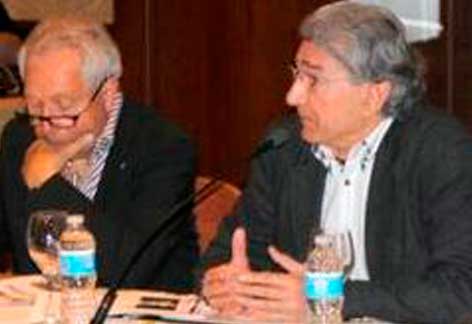 The Austrian group was led by the Secretary General of the Austrian Ski Association Klaus Leistner. Representatives from FIS with rights holders the European Broadcasting Union (EBU) and its marketing agency Tridem Sports also participated, as well as the United States Ski and Snowboard Association.

In a candid exchange, the Schladming 2013 team highlighted the many excellent areas of management, including local and regional transportation, as well as the event’s commercial success. In an open discussion, it put forward the challenges of dealing with more than 300’000 spectators in terms of stadium capacity.

The outstanding TV coverage produced by the host broadcaster ORF in cooperation with the European Broadcasting Union was also presented, which provided in excess of 50 hours of live coverage with cameras of newest technology, and thus set a benchmark in the history of FIS Alpine World Ski Championships.

“This test was an extremely important next step for getting the new course race ready,” explained Ceil Folz, President of the Vail Valley Foundation and the 2015 World Championships Organising Committee. “Now Atle Skardaal and Jan Tischhauser of FIS have a frame of reference of the course in action, Michael Koegler can begin planning his camera placements and allocations and the athletes have an idea of the terrain and the flow of the hill.”

Secretary General Sarah Lewis thanked on behalf of FIS “The Schladming 2013 gave an outstanding report to the Organisers of the next Championships and shared many “inside details”. Vail Beaver Creek 2015 took advantage of their presence by involving key persons from all different areas of the organisation”.