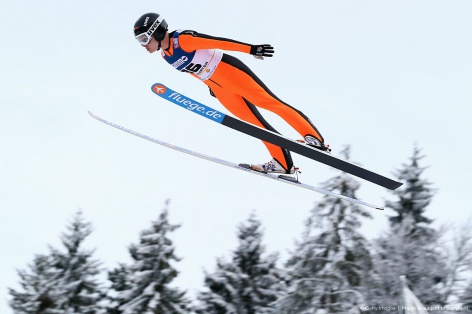 One of the key items to address was both the men's and ladies' Ski Jumping competition calendars for the summer 2013 and the Olympic winter season 2013/2014. For ladies’ Ski Jumping it will be the third winter of the Ladies' World Cup series with a special highlight whilst the first ever female Olympic Champion in Ski Jumping will be crowned on the HS 106 hill in Sochi (RUS) on 11th February 2014 at the XXII Olympic Winter Games which represents a great success story.

Also for the men, the Olympic Games in Sochi will be the biggest event of the winter. On 9th, 15th and 17th February 2014 the world’s best Ski Jumpers will compete in two individual events (HS 106 and HS 140) and one team competition (HS 140). Another highlight on the men’s calendar will be the Ski Flying World Championships on the HS 205 facility in Harrachov (CZR) from 14th March – 16th March.

The meetings also put forward a recommendation with regard to the judging system. During the FIS Summer Grand Prix 2013, test events with only three jumping judges will be carried out in Hinterzarten (GER) on 27th and 28th July and in Klingenthal (GER) on 3rd October. Instead of the traditional five judges, of which the highest and lowest judges' marks do not count for the final result, the marks of all three judges will then be counting for the overall score of each athlete.

Another agreement was reached with regard to the interference of coaches. In the future, coaches shall only be allowed to reduce the in-run length for their athlete for safety reasons, not as a tactical measure.

All proposals will be submitted to the National Ski Associations concerned, before the Ski Jumping Committee finalises its proposals to submit to the FIS Council at its Meeting on 10th June in Dubrovnik (CRO).