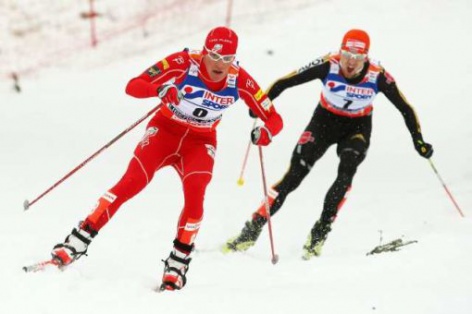 A major point presented was the calendar planning for the upcoming Summer Grand Prix, the next World Cup and also the Continental Cup season. The Summer Grand Prix will be taking place in the traditional timeframe at the end of August and, as of now, features three different stops.

The Continental Cup will keep up its big travel routes in North America and Russia, return to well-known venues in middle Europe and also feature some new Organisers to develop the sport of Nordic Combined further.

With regard to the World Cup calendar, some venues such as Chaikovsky (RUS) will be moving up to World Cup level after successful Continental Cups and be visited by the world’s best Nordic Combined athletes for the first time this winter. Traditional venues such as Ramsau (AUT), Schonach (GER) and Chaux-Neuve (FRA) will have their fixed spots on the calendar, so that the winter of 2013/14 will feature an exciting mix of traditional and new venues.

In terms of rules and formats, many thoughtful suggestions were brought forward showing an active interest in the discipline and its rising importance to the National Ski Associations. The major topics of discussion were the future of the Penalty Race and finding a modus for the "Weekend Challenge", the future highlight of Nordic Combined, similar to the famous Tour de Ski or Four Hills Tournament.

In more detail, the “Weekend Challenge” will feature three competitions from Friday until Sunday, and debut next season. The Executive Board recommended a programme where all athletes can start on the first day, the 50 best on the second day and the 30 best on the final competition day and feature distances of 5, 10 and 15 km respectively.

While results will accumulate from day to day, the first athlete to cross the finish line in the final race will be the "Weekend Challenge" winner. A concrete suggestion on the calculation of results is currently being drafted and will be presented to the Nordic Combined Committee and FIS Council at its meetings in Dubrovnik (CRO).