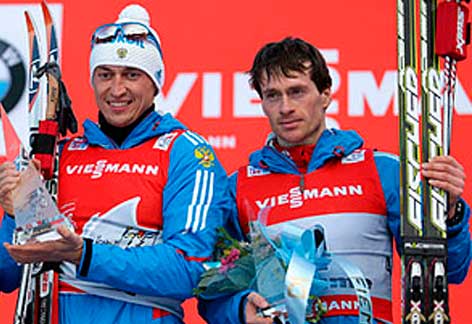 The detailed review included results from surveys with different stakeholder groups and in depth discussions on topics such as marketing & promotion, accommodation and logistics, in order to make improvements so that the next edition of the Tour will be even better and more successful.

"The seventh edition of the FIS Tour de Ski was one of the biggest highlights of the season and from the sports perspective I am not afraid to say we saw the best Tour ever. We can be proud of the TV ratings, the highest in the seven-year long history of the Tour, the growing online interest and a great number of spectators on site, but we also realise that we still have aspects to develop further," FIS Cross-Country Race Director Pierre Mignerey said.

“The Tour de Ski stage in Val Müstair was organised in a very professional way.We had great TV coverage and an excellent atmosphere along the course on 1st January. We are looking forward to coming to Switzerland for two stages next winter,” Sandra Spitz, FIS Cross-Country Event Coordinator added.

The eighth edition of the Viessmann FIS Tour de Ski performance by Craft Sportswear will take place from 28th December 2012 to 5th January 2013.