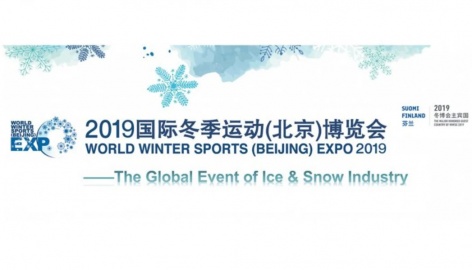 The BOCOG meetings focused on preparations for the Audi FIS Alpine World Cup stop in Yanqing in February 2020 which serves as the first official Beijing 2022 Olympic Winter Games Test Event, as well as the FIS Freestyle Ski and Snowboard big air at Shougang, Beijing in December 2019.

Meeting topics included the organisation of Media Services, Technical Officials at the Olympic Winter Games 2022, pre-Games access policy and the general progress of the preparations for the FIS  seven different FIS World Cup events with 18 competitions that will be carried out at three of the Beijing 2022 Olympic Venues during the 2020-2021 season .

People's love for ice and snow was on full display at the opening of the World Winter Sports Expo 2019 (WWSE) in Beijing this week, where more than 600 companies from China and abroad showcased their products and services. As the annual WWSE enters its fourth year, China is moving into a new era of market boom and technological advances in the field. More than 25’000 winter sports enthusiasts and general public attended the four day expo, which represents double the number compared to the previous year.

Leaders from all over the world attended the opening ceremony. IOC President Thomas Bach congratulated the organisers on the hosting of the WWSE 2019 and wished the conference much success.

The opening ceremony and main forum on the morning of the 17th October was presided over by Liu Jingmin, Executive Vice President of Beijing Olympic City Development Association, while keynote speeches were delivered by Hanna Kosonen, Finnish Minister of Education and Science, Jan Dikema, President of the International Skating Union, and Kate Caithness, President of the World Curling Federation.

Key guests, such as FIS Secretary General Sarah Lewis, Tong Lixin, Minister of Sports for Beijing Organising Committee for the 2022 Olympic and Paralympic Winter Games, the Norwegian Ambassador to China, the Minister Counsellor of the Italian Embassy in China, the Commercial Counsellor of the Finnish Embassy in China and the Head of the East Asia Region of the Finnish National Bureau of Business Promotion, had a round-table dialogue with the theme on "Unite the power of ice and Snow, Let the world resonate".

"With high expectations on the 2022 Games, it's important to promote the high-quality development of winter sports," said Zhang Jiandong, Vice Mayor of Beijing and Executive Vice Chairman of the Organising Committee for the 2022 Winter Olympic and Paralympic Games. "We hope that you can make full use of the platform of the Winter Expo, conduct in-depth discussions and exchanges, and extensively carry out practical cooperation in enterprise docking, project cooperation, personnel training, winter tourism, so as to achieve more fruitful results."