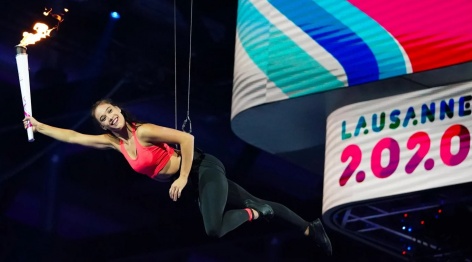 The Youth Olympic Games Lausanne 2020 ended today after intense competitions over the last two weeks. The Freeski and Snowboard big air events and the Nordic mixed team event with Cross-Country, Ski Jumping and Nordic Combined athletes competing together, closed out the FIS competitions on the last event day. The Lausanne 2020 closing ceremony will close the games tonight from 18:00.

A total of 1,872 young athletes between the ages of 15 and 18 from 79 countries took part in 81 events in eight sports and 16 disciplines at eight competition venues in the cantons of Vaud (Lausanne, La Vallée de Joux, Leysin, Les Diablerets, Villars), Valais (Champéry), Grisons (St. Moritz) and in neighbouring country France (Les Rousses, Stade des Tuffes). For the first time in a Winter Olympic competition, there were an equal number of men and women.

In total, more than 640,000 spectators attended the Games, at the competitions or the "En Jeux"! " festivals, including 80,000 schoolchildren. The sports competitions attracted more than 350,000 people. The medal ceremonies drew an average of 2,000 spectators each evening at the Medal Plaza in downtown Lausanne.

The Olympic spirit was most visible on the streets of the Olympic Capital where the Lausanne en Jeux! festival brought the local people into the streets to celebrate the YOG together.

A general enthusiasm, reinforced by the exceptional performances of the youth athletes, and the innovative two-wave system dividing the different sports into two periods, allowed for a greater number of athletes participating in the Games.

"The Games are coming to an end, and everywhere, the pressure is mounting to leave with a feeling of pride and accomplishment. The festivities were indeed great, from the spectacular performances of the athletes, to the enthusiasm of the spectators, to the exceptional atmosphere at the En Jeux! Festivals. It is with great pride that we are about to close this wonderful sporting and cultural adventure that was Lausanne 2020. A unique moment which will remain forever engraved in our hearts and memories“, said Virginie Faivre, President of Lausanne 2020.

Thomas Bach, President of the IOC added: “The Youth Olympic Games Lausanne 2020 have been a huge success. We are delighted that the Organising Committee fully adopted the reforms of the IOC and Olympic Agenda 2020. These reforms meant that we saw new sports and new disciplines at these Games. They led to full gender balance and highly inclusive Games. All I can say is thank you to the people of Lausanne, Vaud and Switzerland for hosting the Youth Olympic Games in this way, and for welcoming the athletes with hospitality and fraternity; and in particular I would like to thank all the volunteers, who have been the face of these Games and who have made this a unique Olympic experience for athletes from all over the world.”